40 Things You Can Do With A Drone 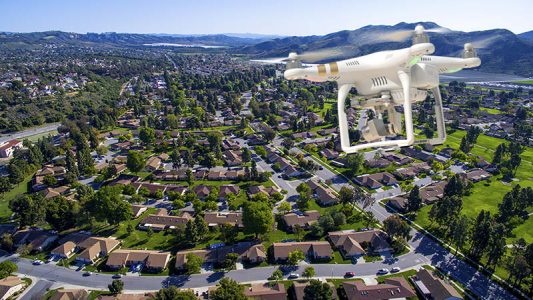 Each year, drones are becoming more and more popular. It is now even possible to get your hands on a drone with an HD camera at an affordable price. The most common things you can do with a drone today is – taking photos, shooting videos and transporting. But why simply fly your regular drone in the garden when you could convert it into something truly amazing?

Here we have a list of 40 things you can do with a drone. This will inspire some of you that already have a drone maybe to start your next business or just to have some fun or for those who don’t have a drone yet, this will encourage you to get a drone for yourself and make a positive contribution to society.

40 Things You Can Do With A Drone

Here are the forty things you can do with a drone.

Take a selfie with your Drone 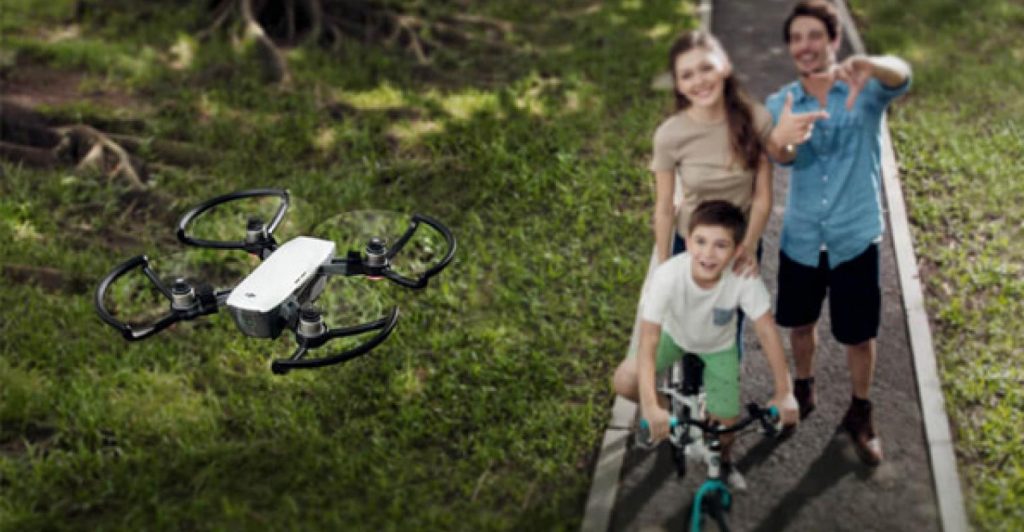 just like you take a selfie with your smartdevice, noting would be more satisfying when you take a picture of yourself with your camera up in the sky. Posting pictures like that Facebook, Instagram, and Twitter will surely get you more likes than a selfie taken with a phone.

Maybe drone racing will transform into a common game later on, and after that, there’s reliably the probability of having robot wars also called Robot Wars 2.0. The TBS Gemini is one such instance of a racing drift. 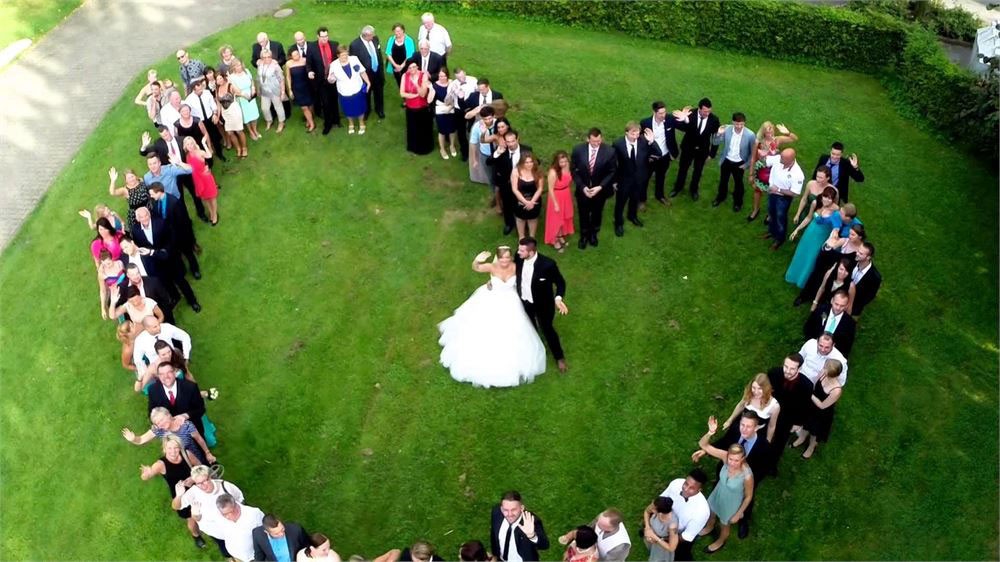 A great money-making opportunity with your drone is to use it for wedding photography. You could make some cool cash from this just by taking wedding pictures with your drones.

With a drone, you don’t really need a car to chase celebrities all around because of pictures. Celebrity pictures can pay well, so if you are a paparazzi while chilling on a corner, you can use a drone to get an exclusive photo.

Using drones for air shows are much cheaper and safer than the real size Hornets and F-22s, so we might see drones introduced to the Chicago Air and Water show sometime in the future. 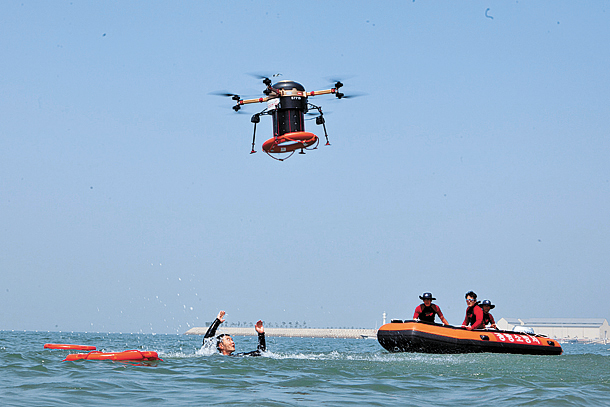 Imagine using drones to deliver clean water and food to hurricane-affected areas both in the developed and underdeveloped nations. In case of another Hurricane Katrina, the government could call on amateur flyers to help out with the effort.

There is also serious potential here. Drones have already proved themselves useful in search and rescue operations. Even with lower flight times, they are bound to be cost-effective over using a helicopter. Drones equipped with HD cameras could locate people after a serious disaster like Tsunami or a flood.

drones shooting have officially shown up at the Sochi Winter Games. Less expensive and more secure to film long distance races and races from the air contrasted with a helicopter, and more flexible than a blast truck. There’s likewise going to be less harmful if a drone descends smashing contrasted with a full-sized helicopter. 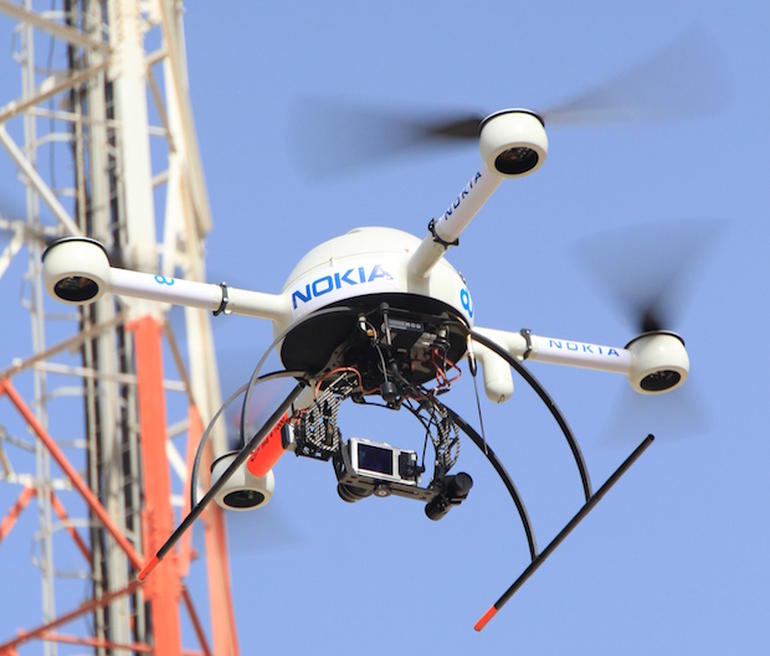 Companies like Facebook have already begun working on building WiFi drones for areas where internet access is otherwise limited. Drones could also be used to make temporary cell towers after a disaster or in areas of high cell usage. 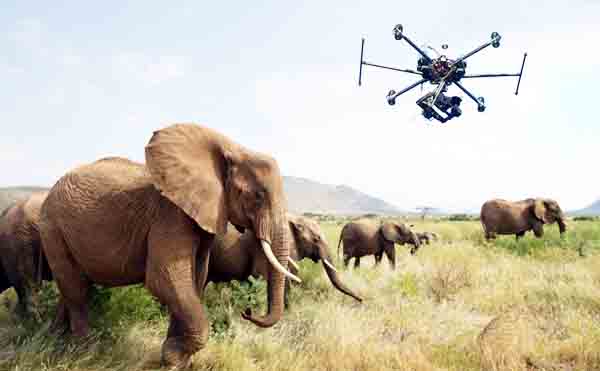 With the use of a drone, this could be a cheap way of monitoring animals over a wide area. It would require less staff and be environmentally friendly as well, provided the animals don’t mind the quadcopter noise. 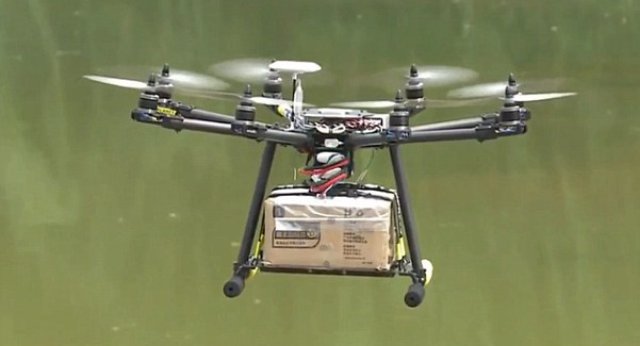 Instead of using bikes or trucks, drones can be used to deliver mails and parcel faster as they won’t be held up in traffic like other means.

With the use of a drone, riots, floods, regional conflicts could all be captured for the evening news from the safety of an office, whilst letting the drone take all the risk.

Drones can be used both for monitoring crops in ways never possible before and for drone controlled pesticide, or fertilizer use, in a process known as precision agriculture.

An improvement to Google maps satellite view is maybe coming up sooner than you might suspect. Drones aeronautical mapping can likewise be utilized in ranger service, normal asset the executives and arranging debacle alleviation. A few organizations have begun offering this administration. You can now additionally list your very own organization in our drone hire business registry and advertise your business drone administration to the world.

Drones could become your next best friend, they can be used to lift and carry things from one place to another at home or in the garden.

Nothing could be more memorable and middle class than showcasing your holiday photos with a twist; all FPV (first person view) and from above, take by your own little drone. 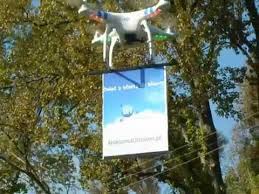 Ever seen those airplanes dragging around a long banner at high altitude? With the use of a drone, you will certainly save more money and time by advertising on a drone flown banner instead.

Sometimes, it takes quite sometime before the police would come to your rescue in times of crises. But what if the police could get a drone to your house in 1-2 minutes instead. This could reassure you or capture the suspect on camera before he/ she escapes. 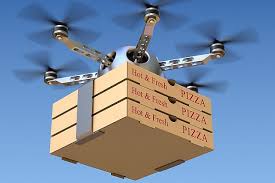 Drones can be used to deliver fast foods faster and more conveniently provided you are within the radius. You can simply place an order for food and will be delivered to you on time.

A German company has developed a 16 propeller Volocopter (VC200) that can fly for up to 20 minutes. Drones could soon be an alternative to a jetpack.

Probably the most amazing recordings this year were shot by drones. While this potential was held for the individuals who could stand to take a helicopter noticeable all around to catch the shots, it is presently conceivable to catch 1080p recordings with a financial limit under $1,000. With a marginally higher spending plan (about $1,200 for a DJI Phantom 3 Professional automaton), you would now be able to catch drones film in a stunning 4K video! On the off chance that you offer flying video drone administrations, at that point look at our postings page where you can publicize your drone business.

Different organizations have just sprung up over the US offering aeronautical photography to land operators, once more, substituting the requirement for a costly helicopter. Look at the drone contract organizations that offer aerial land photography this administration in your general vicinity.

Most oil and gas companies employ the use of a drone to monitor their pipelines as oil rig companies are fined for any kind of oil leaks into the sea.

Warm surveillance cameras can be added to quadcopters and hexacopters, that would help in prisoner circumstances, riots or to look for suspects. Automatons may likewise be utilized as a requirement in vehicle pursues to screen the circumstance from above, rather than scrambling a helicopter.

Just like delivering mails and packages, drones can also be used to quickly deliver medicines or vaccines to patients during a disaster or an emergency.

Track you while exercising

No running partner? Get a drone instead. AirDog, the autonomous flying drone will follow whoever is wearing the special tracker bracelet.

Somebody needs to investigate the 4 million miles of thruways present in the US. Equipped with top quality cameras and live video nourishes, drones will supplant manual reviewers in merely years while guarding them (and likely without a vocation).

With the use of a drone, one could venture into the wildlife and make lots of research about known and unknown species of animals.

Drones can also be used to track and rescue endangered animal species.

You can’t make inspections any safer following storm damage than by using a drone to take all the pictures for you.

Spying on your daughter’s date

Although it’s illegal to track people with a drone, if you find a way of preventing your daughter and her date from noticing the loud flying drone nearby, you can ensure she keeps safe.

Valentine’s day and you have a secret crush. Using a drone, you could deliver your card/ message or present straight to her backyard from the air and hope her parents don’t notice.

Watch your son playing the sport from home

You could use your drone as your personal live TV camera. Simply hover the drone over the pitch to get a bird’s eye view and watch your son play from the comfort of your own home.

A system of an automaton outfitted with infrared cameras can be utilized to shape a live guide of where the flame hotspots are and use it to most effectively send assets. They may likewise be utilized for distinguishing fires in the beginning stage when they could be all the more effectively quenched. 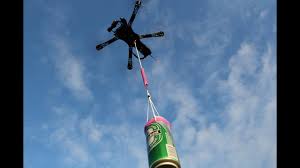 Have you at any point been biting the dust for a super cold lager while out at a music celebration or show? An organization in South Africa is trying an application that gives individuals a chance to arrange lager conveyed by an automaton in under 5 minutes. The automaton flies to the GPS shown by the telephone and drops the lager can, with a parachute appended to it.

Pretty basic, but the propellers create a fair amount of current. Positioned properly, the drone could act as your personal portable and hands-free cooling fan on a hot day.

Apart from beer, drones could deliver refreshments not only to athletes but also to spectators in a stadium who could order what they want from their smartdevice.

A medical student in Australia made a demonstration of a drone delivering a defibrillator in the field after dialing for an emergency. At the same time, the drone could perform 2-way communication for giving instructions and could even locate an LED screen showing how to perform the maneuvers. 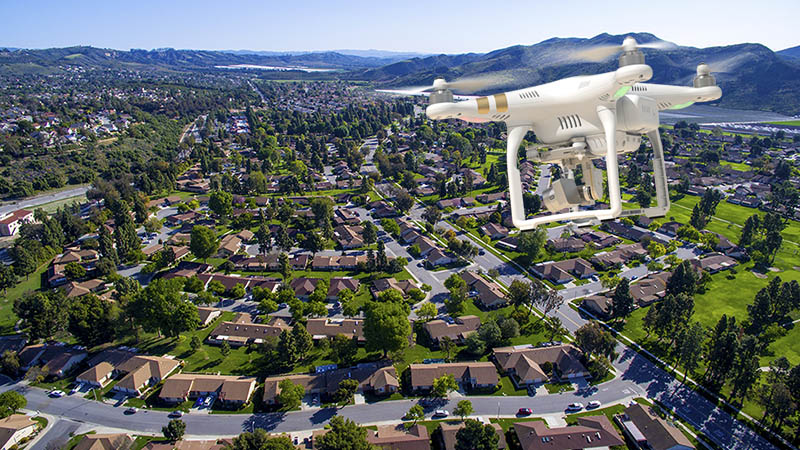 Drones with 360-degree cameras that you can control by yourself in any part of the world give you an impressive view without actually having to travel there.

Finally, let’s not forget the most popular use of drones nowadays. Drone hobbyists love flying them for the entertainment factor and for uploading cool videos and photos on to Facebook and Instagram.

As you can see, there are lots of things you can do with a drone. There are even ways to turn a profit after acquiring a drone. All you need to do is to put your mind and drone to work. However, you need to get the best drones and apply some safety tips while flying. This will enable you to get the maximum benefit from your drones 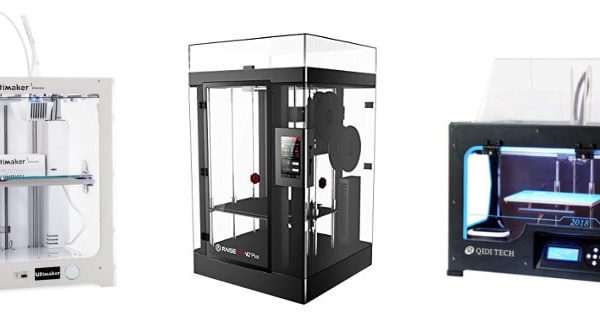 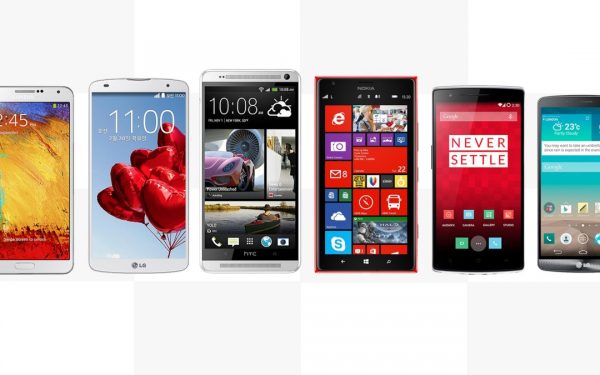 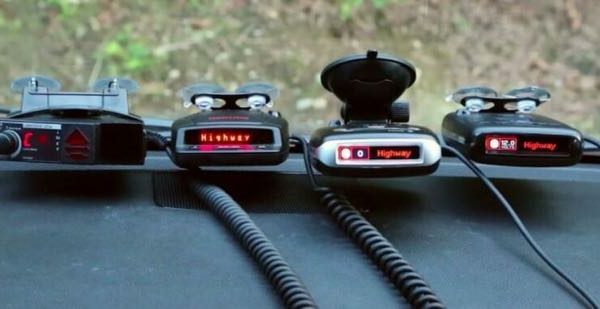 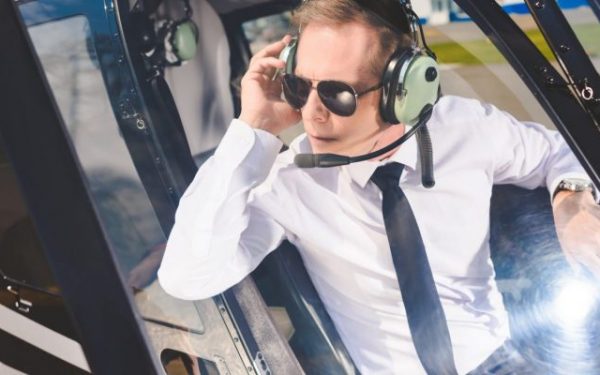 What’s The Best TV to Buy? Top 10 TVs to Consider 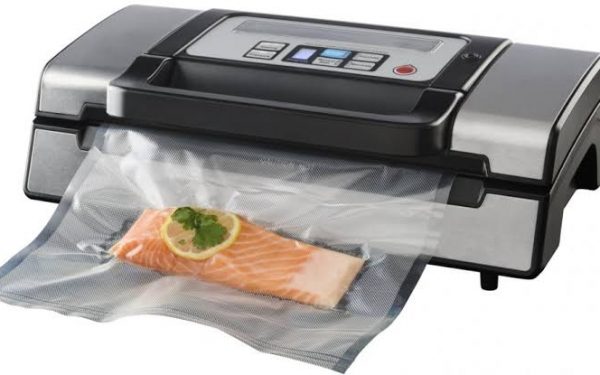